Loxton is a small and unassuming village of approximately fifty houses situated at the south western tip of the Mendip Hills on a western slope of the Lox Yeo valley between Crook Peak and Loxton Hill. It lies within the old county boundary of Somerset. The parish of Loxton & Christon consists of the villages of Christon, Loxton and the hamlet of Hamwood with a total population of 150-200. The location maps should serve to clarify the surrounding area.

A brief account is given for the origins of the village, the manorial estate and the relationship to the Loxton surname.

The main objective of this site is to provide an ongoing account of the history of the parish with reference to its inhabitants over several generations. It should prove to be of particular value to family historians and visitors having past connections with the area.

Farmsteads are scattered throughout the area and many of the houses are spread about. The buildings both ancient and modern are largely constructed of local limestone often hidden by further surface rendering. They include two small churches, the church of St. Mary at Christon (pictured on the left) with its fine Norman doorway arch and the church of St.Andrew at Loxton dating back to the 13th century with later additions (pictured on the right). The parish consists of narrow winding lanes, woodlands, numerous stone walls and neatly trimmed hedges surrounding fields of grazing cattle and sheep. An abundance of wildlife and wild flowers set against the ‘backcloth’ of the Mendip hillside adds to the rural charm.

Occupation in the surrounding area goes back to the Iron Age and Saxon periods, whilst evidence suggests that the village has been populated since Norman times. Many very old mine-workings on the hills, indicate that at one time mining was abundant, probably for calamine, lead, copper and more recently yellow ochre. For a short time, the area was part of the Royal Hunting Forest of Mendip, where privileged men generally of noble birthright had the exclusive right to hunt deer, boar and other wild animals during the period of the Saxon kings to the end of the middle ages. The term ´forest´ is not necessarily woodland but refers to unenclosed land belonging to the king. Loxton was excluded from the Royal Hunting Forest of Mendip in 1298.

The population and surroundings have changed very little over the centuries, largely a farming community with associated tradesmen, though in recent times changes in farming practices, transport and social needs has led to the demise of many trades and the evolution of a cosmopolitan community. The old manorial estate has been split-up, farms and buildings sold, old barns converted into habitable dwellings and modernisation of old cottages by alteration and extensions. 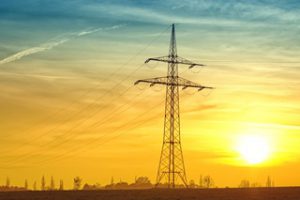 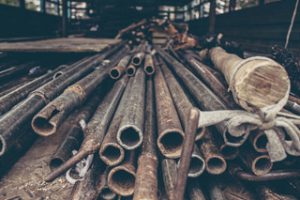 Perhaps with the exception of the regions farmers, the changes for most local people particularly since World War II have been for the better, improved wages, access to electricity and piped water to name but a few. Despite the M5 motorway running along the floor of the valley, the surrounding landscape and environment has survived these changes, and provides a wonderful place to reside or visit.

Finally, may we express our thanks to those people who have provided so much help and encouragement in making this site possible. In particular, we would wish to thank Betty Baker for giving so much of her time and providing us with so much information, much still to be incorporated and for her work on the local dialect.
Marie Jones – who made this website reality completely for free!
Carl O’Harra – the man with the ideas – from ideas to what Christmas present to get for your wife to what to say in every situation!
The people of Loxton – they were so kind and their hospitality will always be remembered!

There are more than 1,700 references to gems and precious stones in the King James translation of the Bible.
Joe's